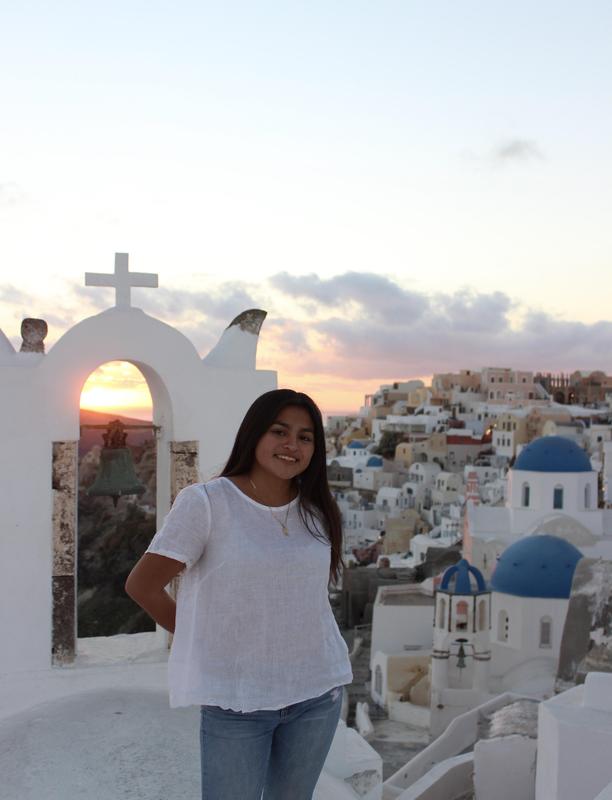 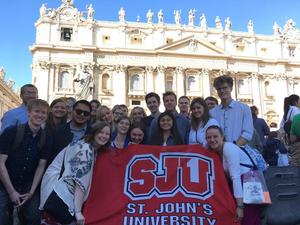 Read more about Amalia and her post-graduation dreams!

In middle school, Amalia, CMS ‘12  was an introvert who radiated what some might call “quiet confidence.” As a high schooler at Notre Dame School, she not only excelled academically but also became very involved in her school community as a dedicated athlete on the soccer team. During her summers, she gave back to the CCC community by serving as a camp counselor and being a mentor to her younger CCC sisters.


Amalia exudes a sense of self-assurance, as she is at all times herself. She is passionate and profound, but most importantly, she is committed to always doing what is best for her. Which is why it came as no surprise when she decided she was going to attend College of St. Benedict and St. John’s University in Minnesota, becoming the first CCC graduate to head so far West and simultaneously attend college at two campuses. Amalia had previously visited St. Benedict when her brother was applying there for a nursing program. Even though the school was far, she knew in her heart that it was the perfect place for her.


Today, Amalia is finishing up her last semester of college where she is majoring in Communications and minoring in Art. She is involved in the Peer-Resource Program on campus that helps first year students find creative and safe ways to step out of their comfort zone. She has co-lead rock climbing trips, wilderness excursions and more. During her junior year, with the support from GSP and CCC staff members, Amalia made the decision to study abroad in Rome and Greece. “If I could give any CCC graduate a piece of advice it would be to study abroad and just experience different cultures. My time abroad opened my eyes to so many things, it was amazing to try new foods and connect with different people. Everyone should study abroad,” says Amalia.


As graduation nears, Amalia hopes to get a job in public relations or marketing and is even aiming to stay in Minneapolis! “I really love it here and I am not ready to leave yet so I’m hoping to apply to jobs in Minneapolis to stay in the Twin Cities,” says Amalia. In fact, Amalia has loved being so far from NYC that she even encourages other CCC graduates to do the same. “Take the risk. Leave the city. You never know who you’re going to meet. I’ve met friends from Utah and from all over the country that I never thought I’d meet. I’ve met friends who have taught me how to canoe and have just widened my view of the world.”


In five years, Amalia hopes to have paid off her student loan and to be situated within a company that she loves. In ten years, she hopes to be settled and have a family while continuing to travel.


It’s been almost thirteen years since Amalia first entered our Center, and today she is a fuller version of herself. Still introverted and thoughtful, but now, bolder than ever. Amalia is the embodiment of what we hope to instill in every CCC girl. She sets clear goals for herself and achieves them; she is passionate, caring and determined to always be the best version of herself.